Reaching the Mohawk Valley For Christ

The First Baptist Church of Little Falls originated because of eighteen faithful, fervent praying men and women who’s hearts were changed after a traveling evangelical preacher by the name of Charles Grandison Finney preached in their town.

The Little Falls area had a population of 1700 in 1828. It had only one church building which was used by all the denominations. The building was erected in 1796 and was octagonal in shape.

They were not formally recognized until the following year. The eighteen members were present as well as representatives of all the Baptist churches in a twenty five mile radius. The first pastor was Elder Calvin G. Carpenter. He was part-time until 1831 when he moved to Little Falls. It was at the same time that property was either donated or purchased from the Alexander Ellice estate and the church building was erected. “The structure was small, square in shape, plain.” (Taken from the recorded minutes of the Church Book in our archives) It was the first denominational church in Little Falls. The building was dedicated on March 31, 1832.

In all there have been twenty seven pastors of our church in the last 175 years; with only three of them serving in the last 75 of those years. Each man brought with him a strong love for the Lord which they willing shared with not only the congregation but also with the community. They also brought their vision of how the Lord wanted to use the people in a mighty way as well as how the people could grow in their faith. Our most famous pastor was Rev. Francis Bellamy. He came to Little Falls on December 1, 1879 and remained until February 1, 1885. He is the author of the Pledge of Allegiance. There is a bronze plaque in his memory mounted on the outside of our church for his great contribution to our country.

Although the church has undergone many restorations as our congregation grew through the years, it remains an unchanging beacon of hope in our community. The Lord blessed His people in 1828 and He continues to bless us today with His steadfast love and unfailing grace.

Where to Find Us 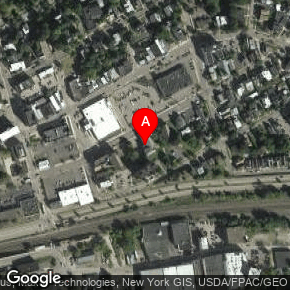